Football has helped to change the lives of people experiencing homelessness around the world - and Erasmus+ is playing its part.

Thanks to a grant from the European Commission, the Homeless World Cup Foundation has developed better collaboration between 21 of its street football partners across Europe to help people who are experiencing homelessness change their lives.

One of the highlights in the organisation’s calendar is the Homeless World Cup tournament, an annual international football tournament for national teams of men and women who are experiencing homelessness.

“Homelessness is at its worst point in decades in the UK. Football brings structure, support and a place of belonging which works as a catalyst for positive change,” said Rachel May, International Partnership Manager for the foundation. 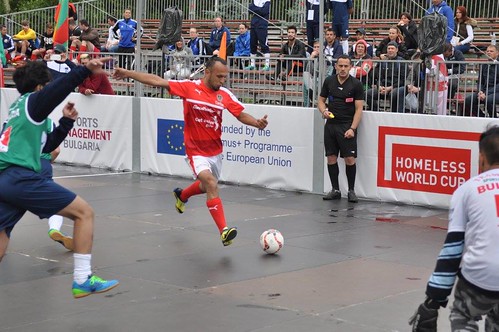 Rachel, based in Edinburgh, headed up the International Partners Sharing Skills (IPASS) project, which the Erasmus+ grant supported.

“The sense of empowerment that comes from participating in street football helps people who are homeless see that they can change their lives," she said.

"Our Street Football Partner organisations give them the tools they need to do just that. However, one of the issues we face is that we have such a large network of partners.

"We work with 72 organisations across the world who all have different ways of working and are culturally very different. We therefore applied for Erasmus+ funding to bring together 21 of the European partners, to get to know them better and to help us all collaborate more effectively.”

"The project has really strengthened our collaboration with our partners. It has enabled us to share skills, experience and knowledge, to grow the capacity of each partner and to strengthen the network in our mission to change the lives of people experiencing homelessness through football.

“The 21 partners who collaborated in the project all have different skills, knowledge and experience. Some are very strong and stable, others new and still developing. By facilitating inter-partner learning and sharing opportunities, a collective knowledge has been developed. We are now hoping to use this model and take our learnings to all our partners around the world.”

The get-togethers - in Sofia, Helsinki and Ljubljana - were informal conferences which provided an important opportunity for partner representatives to exchange and share knowledge, as well as make strategic decisions on the direction of the Erasmus+ project. 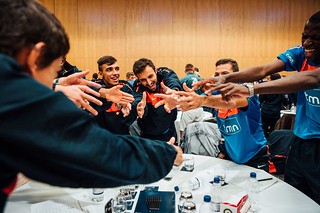 Nine exchanges took place over the course of the project, where one partner hosted representatives from three other participating programmes to exchange knowledge and skills around certain geographically relevant topics and development themes in relation to tackling homelessness through football.

The United Kingdom hosted one in Cardiff, which focused on communications and how organisations on low budgets can promote themselves more effectively. Specialists from Cardiff City FC Community Foundation and Pobl, as well as experienced communications partners from Portugal and Bulgaria, shared their knowledge with the attending partners.

The sense of empowerment that comes from participating in street football helps people who are experiencing homelessness see that they can change their lives.

Three European Street Football Festivals were held, in Manchester, Sofia and Graz, which brought together all the participating countries. Over four days, player development workshops took place and a two-day street football tournament was organised, with 72 players, in 12 teams from 11 nations.

"The players that participated came from very diverse backgrounds," said Rachel. "All had experienced homelessness or faced other forms of social exclusion or personal challenges in their country, such as drug and alcohol dependency, unemployment, mental health issues, poverty and refugee status. 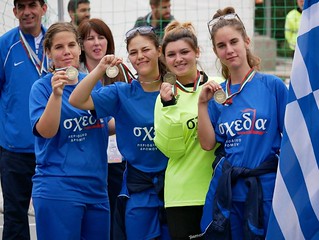 "Feedback from the Manchester event was very encouraging, with over 80% of the participants saying they increased their confidence, are better able to see others' point of view, improved their teamwork and relationship building and are better able to communicate with others."

And the Erasmus+ project has already had an impact on the showpiece annual Homeless World Cup tournament.

"Its influence can not only be seen through the inclusion of women’s teams in the event, but also in the involvement of many of the referees, who were selected from the players at the smaller Erasmus+ European football tournaments," said Rachel. "Another highlight of these smaller tournaments was the player focused workshops - and this is something the partners plan to include in future tournaments."

Bringing the World Cup to Wales

The Homeless World Cup took place in Cardiff in 2019 and had the backing of Welsh actor and activist Michael Sheen.

“To help bring the Homeless World Cup to Wales this summer is a real dream come true for me.” said the Hollywood star.

"All round the world I’ve seen how football can play a massive part in helping people transform their lives, bring some joy and hope when things seem at their worst, or just help to get you through a day."

The Erasmus+ project has been a game-changer for the Homeless World Cup Foundation - helping to have a real impact on people’s lives long after the final whistle is blown.

Find out more about other Erasmus+ projects by visiting our stories page!