Finding a voice through art and activism

Oscar Soler Marchena went from participant to trainee leader - and developed the confidence to express himself through drag - during a project supported by Erasmus+ funding.

The young Spaniard was living in Glasgow and became involved in the Dragtivism project, developed and led by LEAP Sports Scotland, during 2018.

Originally from Barcelona, Oscar went on to become a trainee leader during the latter stages of the project, which explored how drag can help to promote inclusion and raise awareness of the issues facing the LGBTI+ community.

Before the Dragtivism project, although practising his art in private at home, he wasn’t publicly involved in drag.

He has been so inspired by the project that he now has the confidence to walk around the city in drag and has plans to take everything he has learned back to his home and continue with both drag and activism.

Oscar says Dragtivism has been important in developing his confidence, both in work environments and as part of the LGBTI+ community.

“I got interested in drag through the media. It is something that has always called to me as a way of expressing myself,” he said.

“I’ve always been shy. I wanted to push my boundaries and get outside of my own head. I didn’t know it would help me this much. Dragtivism created a space where I felt safe and could learn how to do things.

“When I came as a trainee, I was asked if I wanted to perform with the other artists. It helped me to realise that I could do lots of things that I didn’t think I could.”

As well as performing, Oscar developed other skills during the project which could boost his employment prospects in the future.

He learned about publishing by becoming involved in a fanzine created for the project and also felt that taking on a trainee leadership role gave him the opportunity to develop skills such as people management and team working. 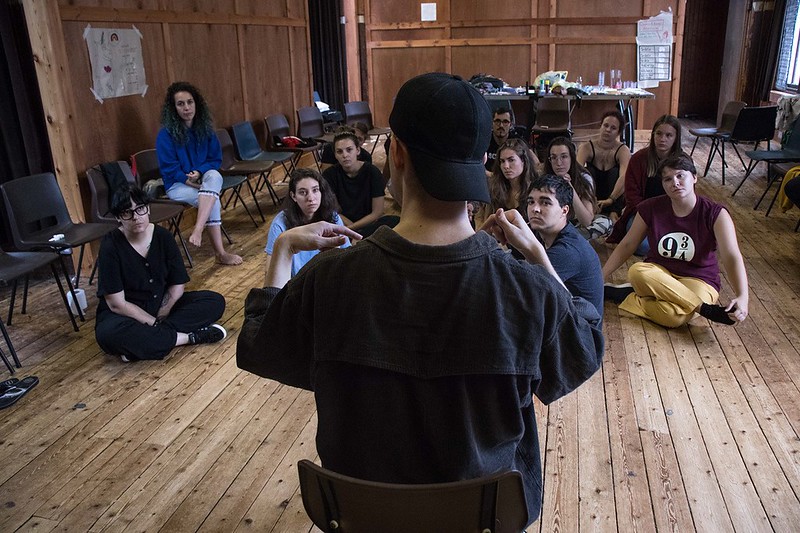 Oscar says he was drawn in by the activism elements of the project and was eager to learn how drag could help to raise awareness of the issues facing LGBTI+ people across Europe.

“Before the project, when I was learning about activism, I learnt through social media. I didn’t know how to do it. When you’re at home you don’t know how to start that conversation,” he said.

“I’ve realised that when I am in drag, people listen to me more. In today’s world with all the excess of information and media, sometimes it is difficult to get the word out. Drag is the vehicle and you can create the message.”

With the Dragtivism project coming to an end, Oscar is looking to the future and embracing his new-found confidence.

Dragtivism for me is a milestone in my life. It has guided me to do things I wish I could have done a long time ago.

“I spent two hours yesterday in full drag walking through the streets of Glasgow, completely unaware of people other than my friends. I was enjoying myself,” he said.

“I would like to continue this, not just the drag but also the activism. I’m planning on taking everything I have done to Barcelona, creating a voice for myself and maybe helping to change more minds.

"Dragtivism for me is a milestone in my life. It has guided me to do things I wish I could have done a long time ago, but I didn't know how. And I'm so grateful for this opportunity."

By taking part in international youth mobility activities, young people like Oscar are able to build their confidence, as well as learning to work with people from different countries and different backgrounds - all skills that are highly valued in a competitive jobs market.

Read more about how Erasmus+ has encouraged inclusion and diversity in projects by visiting our stories page!