Becoming a professional footballer is the dream goal for many young boys and for many the Apprenticeship in Sporting Excellence (ASE) is the first step on that road. Unfortunately it can also be the end of the journey - when a professional contract is not forthcoming and they are released by their clubs at the end of the ASE.

Project co-ordinator, Dan Jolley, explained: “We have quite a large number of apprentices on the programme with the view to becoming a professional footballer and unfortunately over 60% of them will not be offered that professional contract at the end of the apprenticeship. We were keen to look at what happens after their apprenticeship programme.” 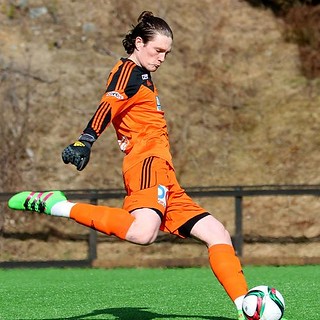 LFE devised three types of international placements alongside its European partners, explained Dan, who goes into more detail in the video below.

“There was a two-week project which was for the apprentices who are on the programme on a vocational qualification; there was a 12-week extended placement programme for those who had come to the end of their apprenticeship and had, unfortunately, not been offered a contract and the third element was a one-week coaches’ visit.

"We were really looking to work on both the individuals who were going through the apprenticeship programmes but also on the staff that were instrumental in delivering them.”

While the project has football playing and training at its very heart, Dan explained that participants also explore the culture of the countries and communities they visit, developing professionally and personally while hopefully boosting their employability, whether in football or not. 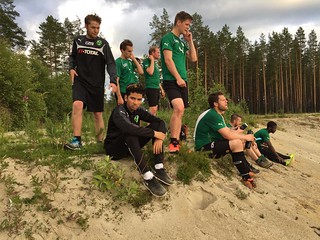 “They will have a social an cultural programme, trying to integrate them into the communities they visit. That takes a number of different forms,” he said.

Current ASE apprentices will visit cultural locations such as museums, while graduates give teachers support in teaching English at schools and will also all attend weekly language sessions. LFE regards expanding participants’ horizons as a key part of the initiative.

A case in point is Grimsby Town Academy coach Callum Lester, who embarked on a coaching placement in Spain in November 2017, visiting La Liga clubs Sevilla, Real Betis, Granada CF and Malaga. Describing it as the “highlight of my season”, Callum was able to observe new methodologies first hand and broaden his outlook.

“It was an opportunity to have a look at what happens behind the doors at multiple clubs, the sort of access you would not get in England," he said. "Every club we visited, and all the people, were so welcoming and spent a lot of time with us, going above and beyond to give us an excellent experience.

“My Spanish was pretty much non-existent, I started the week knowing the very basics, but by the end of the trip I could order from a menu and communicate with people.

“Since returning, I've successfully applied for a job internally at our club. One of the reasons for getting the promotion was because I was willing to get involved and embrace trips and learning experiences like my LFE placement.”

Engaging with partners and employers

Just as important to LFE as creating new opportunities for participants, however, is offering benefits to its partner clubs and organisations.

“The key thing is that there has to be something in it for the partner as well," said Dan. "Using the example of the 12-week placement, they see value in getting players who have already had quite an extensive footballing education, some of whom may well be slightly better than the players they’re working with at the time.

“I think if you can find some common ground between what works for the partner and the participant and beneficiary, then everyone’s involved because they want to be.”

Through successful partnerships, LFE has helped changed the lives of many released footballers, giving many the chance to pursue their dream via a different route whilst discovering new countries and cultures.

Are you planning to apply for VET funding? Take a look at all the opportunities available on our VET funding webpage.